With medical cannabis winning the hearts of many people across America and laws changing in favor of the controversial plant, it’s only a matter of time before marijuana and all its form become fully legal. However, some US states still keep a stringent rule when it comes to the use and possession of marijuana. Unfortunately for residents of North Carolina, the state sits on the stricter side of the fence and without a doubt keeps a zero-tolerance and tight marijuana law.

This article will discuss the regulation of CBD in the state, how to get it if you qualify as a patient, and what the options are for people who are not “legally” allowed to use CBD oil.

In the Tar Heel State, the legal language surrounding CBD and its other forms are quite vague, given there are different types of compounds found in the cannabis plant depending on where it is derived. The marijuana variety of the cannabis plant is still illegal federally, while the industrial hemp variety is considered legal in all 50 states.

According to the 2014 Agricultural Act, otherwise known as the Farm Bill, CBD sourced from hemp is completely legal, unless in-state laws state otherwise. Still, CBD products are widely sold in most states, including the ones who still prohibit the medical use of marijuana.

Doctors and other health practitioners across America are allowed to recommend CBD products, but CBD is only legal in NC if your child, or a child you’re looking after, is diagnosed with an intractable form of epilepsy “for which other treatment options have not been effective.”

The legislation for this was made possible due to the real-life story of a girl named Haley Ward. Ward’s case inspired the passing of House Bill 1220, or the Epilepsy Alternative Treatment Act, which allows children with intractable epilepsy to use CBD hemp oil in order to alleviate the symptoms of the disease.

What Kind of CBD Oils are Legally Available in North Carolina?

There are two kinds: marijuana-derived cannabis oil and hemp-derived CBD oil. While most people think they’re the same, there are differences that should be noted in order to understand the legality of this product.

As of writing, recreational marijuana is not tolerated in the state, but even with its zero-tolerance attitude towards the substance, the Epilepsy Alternative Treatment Act allows children the right to use CBD hemp oil granted the CBD levels fall not below 5% and THC levels not go over 0.9%. The product should only be used for kids with intractable epilepsy.

Severe forms of epilepsy are the only conditions that qualify a patient for medical marijuana and CBD use. Other than that, there’s very little movement for CBD in the state and the current law is far from being called marijuana-friendly.

As for hemp CBD oil, its use is governed by the Agricultural Act of 2014, which states that industrial hemp and all its products are legal as long as THC levels don’t go over the 0.3% mark. There is a friction between the state law and the federal law regarding CBD, but residents of the state know for a fact that there are several shops that offer CBD products in NC. Shop owners follow the federal law and believe they have the right to sell hemp-derived CBD products and ship these products across America.

What Can CBD Oil be Used for in North Carolina?

The state law allows for children diagnosed with intractable epilepsy to use CBD oil. However, research has shown that the product can also help treat other medical conditions such as:

How Can I Get CBD Oil in North Carolina?

As it stands, there has been very little movement for CBD and its use in North Carolina, specifically in adults who wish to use CBD products legally.

Those caught in possession of any form of marijuana including cannabis oil even as little as 0.5 ounces will be charged with a misdemeanor criminal penalty, although prison time for this amount has already been lifted. If you’re caught with more than 0.5 ounces, there’s a good chance you can earn jail time.

As a resident of the state, what are the options in getting CBD products legally?

It should be noted that buying, using, or possessing CBD products without medical certification is considered illegal in the state, but it is possible to get these products, especially if you’re aiming for hemp-derived CBD. After all, the 2014 Farm Bill does say that all products derived from industrial hemp are legal to be used, sold, and cultivated. You shouldn’t have problems with the federal law if a product’s THC content does not go over 0.3%.

That in mind, there are several USA-based retailers and manufacturers of CBD products that operate under the Farm Bill legislation and offer shipment to NC.

Apart from local sellers, you can also find these companies online, all of them claiming to operate under the federal and carry a line of high-quality CBD products.

From a legal standpoint, doctors are not allowed to prescribe cannabis and its derivatives as it is classified as a Schedule 1 drug and is technically illegal on the federal level. However, doctors can recommend its use only if a patient has a qualifying medical condition, which in this case is any form of intractable epilepsy.

Doctors maintain that there is a big difference between the words “prescribe” and “recommend.”

There are no known marijuana or CBD dispensaries in North Carolina, but some pharmacies do offer CBD products with very low levels of THC.

There are also vape shops and food stores that offer CBD products, but as mentioned, they are not legal under state law.

Can I Buy CBD Online in North Carolina?

Yes, it’s possible to buy CBD products online, especially those that are sourced from industrial hemp. Online, you will find many reputable retailers and manufacturers offering valuable deals for their products.

So far, there have been no reported incidents of ceased shipments for CBD products in NC. This is where adults who want to use CBD get their products since it’s fairly impossible to be granted with a medical marijuana card.

Should you decide to have CBD products shipped to your address, be advised that you are doing so at your own discretion.

The Future of CBD in North Carolina

Residents of North Carolina who want to experience the benefits of CBD and medical marijuana aren’t so lucky in the state, as NC is not yet fully on board the medical marijuana train. While buying CBD products in the state may not come easy, take note that it is possible to obtain these products, regardless of the strict laws surrounding it.

For now, only children with the mentioned qualifying condition is allowed to legally use such products. Only time will tell where NC is headed with its cannabis laws, but the trend nationwide is towards greater acceptance and legality. 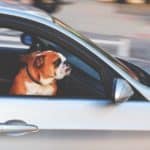